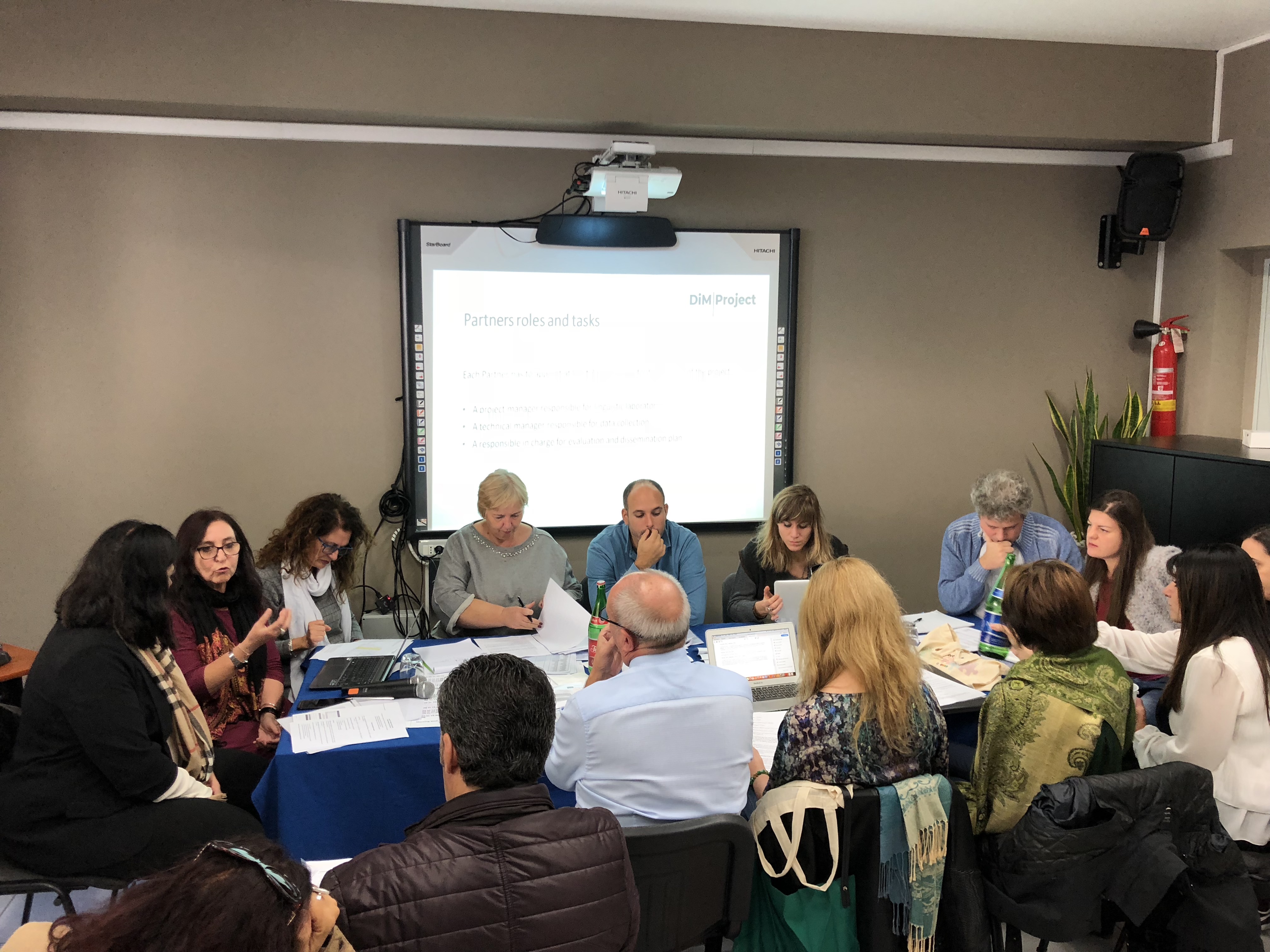 By: DiM editorial staff
In: Activities

The national Erasmus plus Indire agency, as part of the European Erasmus plus program, has approved and funded the project n. 2018-1-IT02-KA204-048332 “DiM Project”. The DiM project consists of the creation of a multilingual online dictionary as a teaching aid for foreign students and teachers of schools or organizations dealing with language training. The DiM was designed by the CPIA of AVELLINO to support the teaching and learning of Italian for foreign students, most of them with serious problems of illiteracy or low literacy. The DiM project will be realized in collaboration between the CPIA of Avellino, the CPIA of Benevento, the CPIA of Ravenna and 4 organizations from European countries: Active Citizens Partnership (Greece), IMS Research and Development Center (Cyprus), Future Focus Ltd (Malta) and 36.6 Competence Center (Scotland).
The first goal of DiM is to create a multilingual online dictionary through an open source platform containing at least 7 foreign languages ​​spoken by the students of the various institutions involved, for level A1 (according to the Common European Framework of Reference for Languages) translated into every European language of the partners (Italian, English and Greek). The second objective is the enhancement of the sociolinguistic heritage of foreign students. For this purpose, each institution will try to involve a large number of students in the realization of the dictionary with workshops on the different languages ​​chosen, giving centrality to the lesser-known languages ​​on the territory, creating one intercultural exchange and deepening the elements of the sociolinguistic heritage of the chosen language.
In this project the students will actively collaborate in the realization and promotion of knowledge of their cultures through their languages. The aim is also to show the beauty of each language in all its aspects, both those that are purely linguistic than those of a cultural and social nature and to preserve and give dignity to the languages ​​of origin of the foreign immigrant students. DiM will be disseminated in other schools and countries to promote integration between different cultures and languages ​​e the social inclusion of adult immigrant students against any kind of social, cultural or discrimination; linguistics. In addition to the commitment of each institution involved to disseminate the project, the network will be used EPALE platform for the dissemination that will take place in the last multiplier event with the partners involved.